I headed out today on my way to Gordon to check the bulbs’ progress, hopeful the mulch had been doing its job.

After a quick look over, it appeared that, unlike last year’s Kykuku bonanza, our weed of choice this season was going to be the humble nettle (Urtica dioica for the latin lovers).

As it turns out, http://www.sgaonline.org.au/nettles-friend-or-foe/ nettle is beneficial to plant and vegie growth if used as a compost tea because  it contains loads of iron, copper, phosphorous, and potassium. I dutifully pulled out as much nettle as I could see so as to remove competition for the young garlic seedlings that looked a bit pale and nutrient-hungry.  I believe it is irony I’m describing here.

The other competitor looks like it’s going to be the fluffy, long-eared variety: 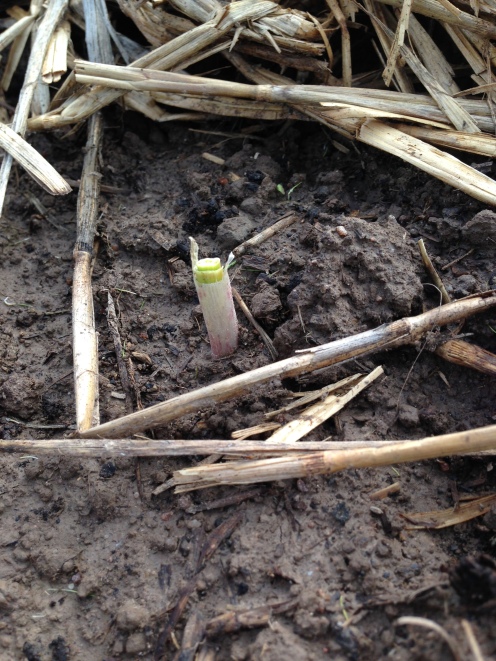 Patches with or without mulch had been visited by hungry or curious rabbits, willing to forego that minty fresh breath to chew off the entire stalks. Hopefully its early enough in the season that they will recover and re-grow over winter.

All that said, the nettle and the rabbits combined haven’t affected too much of the crop and at this stage the only thing we might need to do over the next few weeks is add nitrogen (the botanical word for chook poo).

Overall, I’m feeling pretty contented to see most of the seedlings popping up through thick and sticky layers of mulch 🙂

In the next few weeks, we’ll be tackling the weeds around the hothouse and planting some of Cam’s garlic in the empty beds. And playing with the fun stuff heavy machinery to add seasol to the crop while we irrigate. 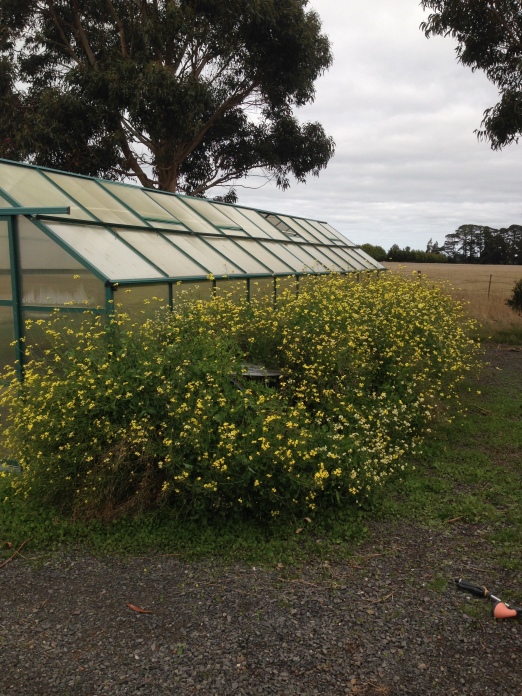