Jess and I drove out to the garlic to get some more hay mulch laid down. The top of the soil was a bit caked and hard looking so first thing we did was scratch up the top layer slightly with a couple of hoes – mainly to give the hay mulch a bit more to cling to.

After deciding on the top five inventions in the world, we picked our number one. Here’s big ups to the Chinese for inventing the wheelbarrow. We basically loaded up the barrows and trucked them up and down the rows a few million times, getting all the hay mulch laid down, just managing to cover two and a half rows before the call of pies led us to the bustlin’ Ballan main street for sustenance.

For now at least, our garlic has some defence against weed invasion, plus a little protection from the cold and a good start to the season with the recent rain and sunshine megamix we’ve had. 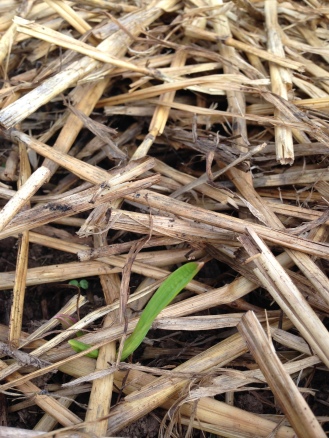 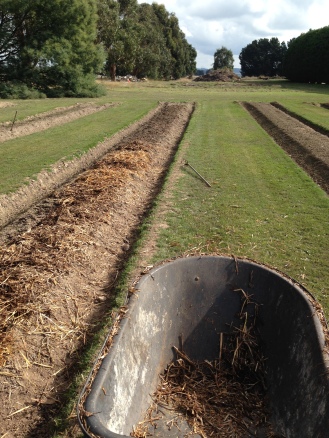